Businesses fighting against plastic pollution – we salute you!

We all know that plastic is not just a nationwide problem but has become a global pollution crisis. We’ve heard about it in the news, online, and we can see it on our streets and in our waters.

Despite the negative press around businesses and their contribution to the plastic pollution crisis, some human beings and companies have decided, instead of just talking about it – it’s time to do something.

As supporters of everything green, eco-friendly and saving our planet – we thought we’d shed some light on some of the good guys who are doing their bit to fight against the plastic pollution crisis.

Hey, we’re not talking about wrestling here, but a fighter for sure! WWF has been in the saving-the-world game for as long as we can remember. They have a fantastic campaign running that actions people to fight against plastic pollution. They state that the situation is “getting worse”, which is pretty visible to most of the world.

WWF is calling for urgent action from the UN and every country worldwide to come together to tackle the crisis. Not only that, but you can just sign up with your email to join the fight – no donation required.

It’s pretty impeccable what they’re doing, not just for the plastic pollution crisis, but for animals, nature and planet Earth as a whole.

Greenpeace has definitely earned its place in this, and many other lists, tackling environmental concerns. So, they’re definitely in the battle of companies we salute who are tackling the pollution crisis, particularly for the amount of plastic that’s in our oceans.

Again, they highlight the visible problem of plastic in our natural world and rally up their supporters to ensure conglomerates maintain responsibility for their part and endeavour to be better.

Greenpeace USA has created this video to highlight the issue as such - https://youtu.be/KPWv2hEBwpw.

We don’t need to depend on plastic anymore – we can create better products from sustainable materials without the need to keep recycling plastic over and over again. We acknowledge that we are where we are in the plastic situation, but with companies like Greenpeace, we can change it.

Okay, slightly unconventional, but bear with us here.

Whilst we can all pass blame, we’ve actually come on leaps and bounds in the last few years when it comes to fighting against plastic pollution.

It started with the additional tax on plastic bags and has now moved to nationwide bans on single-use plastics such as straws, stirrers and cotton buds. It’s not exactly the reform that we hoped for, but a small step for humanity…?

Maybe Rome wasn’t built in a day, and unfortunately, decades of plastic pollution is not going to be reversed in one either. What we can say is that there is hope, and the more we, at home and in businesses, can do, the better we can be in the future.

In addition to this, there is extra pressure now from the government on businesses to hit targets – and with added media and awareness, this can only be a good thing.

Yes, Chile is not a company (nor really is the government, so the title of this was a little broad). However, Chile is the first country in the Americas to ban plastic bags completely! According to Global Citizen, in Santiago, 62.2 million single-use bags were used each year.

So, Chile now joins Kenya and Morocco on the absolute ban of any plastic bag. Ever.

Back to brands – Surfers Against Sewage has been working tirelessly for years to protect our blue planet. Forming on the coast of Cornwall and reaching a global audience, they work hard to tackle the climate crisis and mainly protect our oceans and reefs, which are hugely important in keeping our planet alive and healthy.

They inspire people to stand up for us and the next generations by encouraging people to clean up our beaches and oceans, as well as getting local MPs involved in the debate. Worthwhile and a wholeheartedly grassroots movement, in our opinion.

A Plastic Planet’s primary goal is to “turn off the plastic tap” by inspiring change through various projects, campaigns and events. They’ve worked with some of the largest companies to create change, as well as campaigning across the media to talk about the impact plastic has and its contribution to the climate emergency, aiming to encourage change through government and worldwide.

They also work with companies internationally, helping them reduce their plastic usage and gain the Plastic Free Certification Mark, which we’re proud to have received at Green Gift Cards.

It can be challenging to put accountability of the plastic pollution crisis onto one individual company/government body/human. But essentially, we’ve all been on this journey together. It’s just with more knowledge, more science, more learning that we have come this far.

Even media, documentaries and new technology have allowed us to develop new takes and understand more about the world that we live in.

We weren’t, and aren’t, always going to be perfect when it comes to learning about the world that we live in. What we can do is make changes now that can help us improve in the future.

At Green Gift Cards, we’re trying to be part of that change and help people in their plastic to alternative ‘greener’ solutions journey.

Whether that comes from customer demand or is led by the retailers – we’re here to support it.

If you’re interested in getting some gift, membership, loyalty or any other cards that can be freely branded with no environmental guilt – then we’re here for you.

No real change is created solely – and we’re your biggest supporters. 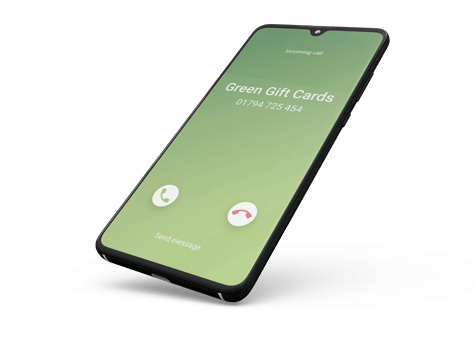 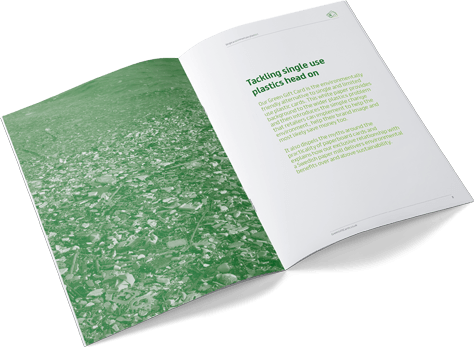 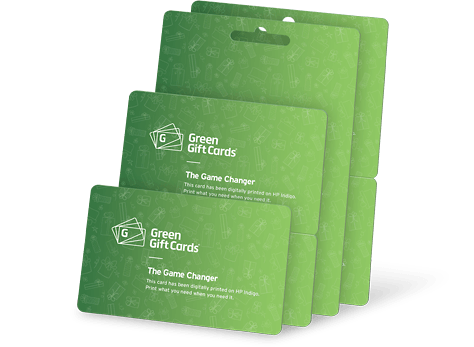